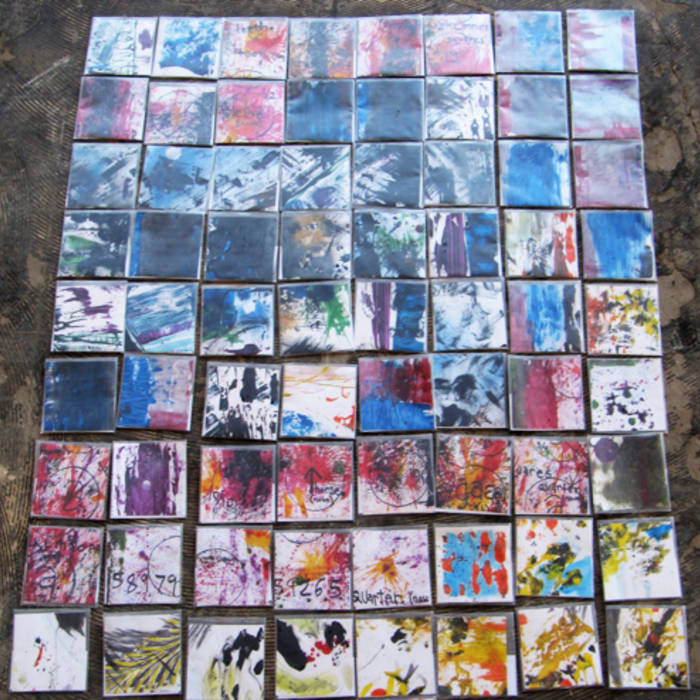 Cave Comp One is the first in a series of limited, handmade CDr compilations featuring artists connected w/ the RCNCAVE in some capacity.

One details the Cave's innermost dwellers and features one-of-a-kind hand painted/numbered covers by the Cave dewds.

1.) Faangface's chaotic assault tells the tale of a misnamed canine. Gerald or Siegfried (depending on who you talk to) is snarling freeform jettisoned jazz black metal from the smoldering wreckage of a downed dirigible. Assembled as a Cave break-in and featuring an eclectic cast of cave-dwellers led by inductor Joshua Novak—Ram Youssefi on blackened guitar wall, James Bryan Parks on twinkled bells and funereal synth chords, Curt Brown on beat struggling in antimatter explode percussives while Novak issues dog manifesto and wraps things up w/ acoustic layers of cosmopolitan catharsis.

3.) Zurvan's dialect is melted glass stretched phonemes and enlightenment drones, a balance of dark mystery and beautiful rapture. The soundwaves manifest in physical pattern and amid the paced syllables the tales of heretical and buried knowledge creeps like conjured monsters. A cosmogony of factoried rubber and shifting sands, where the folded universe encompasses 1930s tire strike revolt and worker revolution in the same masonic backroom as hash fueled assassins carrying out clandestine midnight missions.

4.) Black Unicorn was launched in an experimental space craft, aimed at the source of the Wow! signal, and returned w/ this coded message. Nearing Chi Sagittarii, his onboard radio tuned to interstellar motorik was taken control of by unseen entities and redirected to the sounds of star birth and dark matter mystery. Before the mission was completed, the space baby finale of Jupiter and Beyond the Infinite was reenacted and Black Unicorn awoke in Akron holding this song on an Iomega Zip disk marked "cellar door" is faded sharpie.

5.) XXX Super Arcade's song is playing after the big game, friendly ass slaps and derogatory banter aside, you and the bros are ready to hit the strip club fr a night of hard drinking and party-harding. The dancer comes out, dancing in seductive stutter to the rocking semi-Sabbath riff and yeah, hell yeah, she's taking it off. But, wait, what's that under the g-string? A tentacled spawn of Cthulhu oozing hues of swamp slush and toxic waste, tendrils whipping outward in furry and peeling faces back to reveal the muscle and bone underneath, gently cracking the skull to suck back the brain juice. All they found the next day was a deflated football and a room full of ectoplasm.

6.) Vatican is a mystery. We do not know who made these recordings, when, or why. When one of the RCN dewds inherited some land in Tennessee, it included a falling down barn. A large metal flight case w/ the word VATICAN stamped on the side was found amidst ancient tech manuals, cases of resistors and capacitors, and scattered 1970s pornography. Inside the case were scores of unlabeled or minimally labeled recordings on everything from quarter inch reel to reel to cassette to vinyl. This recording was from a cassette labeled "Per Gli Idioti 1644" in weathered, blue ball point. No one in the immediate family had any knowledge of the recordings or their origin.

7.) Human's lone banjo quickly becomes magnet and pulls in an assorted cast of melancholic, haunting tones. Attracted like small blocks of metal, each piece fits puzzle-like as temporal leanings stride. Retaining a strong element of folk pop, the darker less stable components run like liquid at room temperature through this portrait of isolation where a haunted house looms against a textured landscape of Ohio winter.